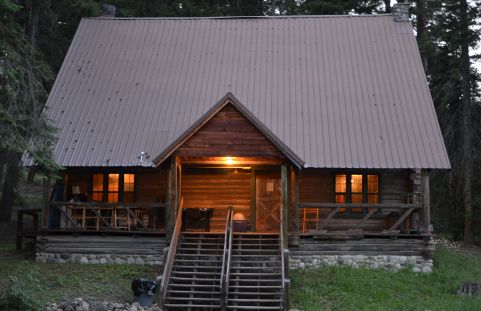 We at Camp Kairos want to make the best possible experience for your camper. Homesickness is sometimes a part of that experience and we want to partner with parents in helping their camper get through the tough times of missing home.

The following is an article posted on the American Camping Association website, https://www.acacamps.org
Homesickness — Expert Advice for Parents
During the camping season,  millions of children will get their first taste of independence at a summer resident camp. For many, it will also be their first experience with homesickness. But parents don’t have to feel helpless when homesickness strikes. The prescription for camper homesickness is a simple solution of preparation and patience.

Phillips Exeter Academy psychologist Dr. Christopher Thurber studied homesickness in 329 boys between the ages of 8 and 16 at resident camp. According to his results, homesickness is the norm rather than the exception. A whopping 83 percent of the campers studied reported homesickness on at least one day of camp.

Thurber and the American Camp Association (ACA) suggest the following tips for parents to help their child deal with homesickness at camp:
·   Encourage your child’s independence throughout the year. Practice separations, such as sleepovers at a friend’s house, can simulate the camp environment.
·    Involve your child in the process of choosing a camp. The more that the child owns the decision, the more comfortable the child will feel being at camp.
· Discuss what camp will be like before your child leaves. Consider role-playing anticipated situations, such as using a flashlight to find the bathroom.
·   Reach an agreement ahead of time on calling each other. If your child’s camp has a no-phone-calls policy, honor it.
·  Don’t bribe. Linking a successful stay at camp to a material object sends the wrong message. The reward should be your child’s new found confidence and independence.
·    Pack a personal item from home, such as a stuffed animal.
·    When a “rescue call” comes from the child, offer calm reassurance and put the time frame into perspective. Avoid the temptation to take the child    home early.
·    Talk candidly with the camp director to obtain his/her perspective on your child’s adjustment.
·    Don’t feel guilty about encouraging your child to stay at camp. For many children, camp is a first step toward independence and plays an important role in their growth and development.
·   Trust your instincts. While most incidents of homesickness will pass in a day or two, Thurber’s research shows that approximately seven percent of the cases are severe. If your child is not eating or sleeping because of anxiety or depression, it is time to go home. However, don’t make your child feel like a failure if their stay at camp is cut short. Focus on the positive and encourage your child to try camp again next year.